Looking pretty is based on some rather medieval ideas 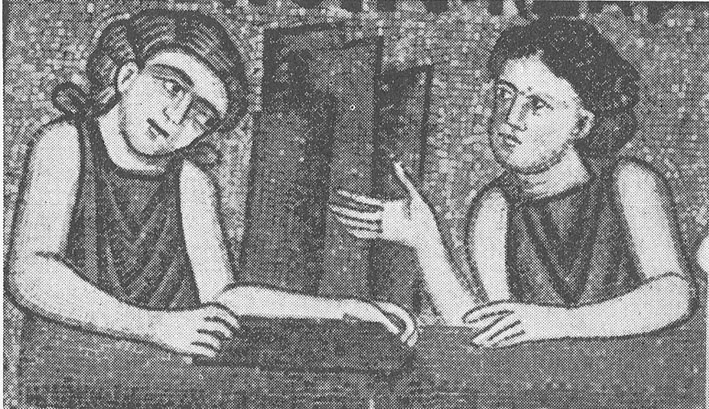 Flint, iron and metal razors were in sporadic use throughout history. But it was in medieval Europe that the modern 'grooming' industry, of beauty and hair removal was developed. The cruder implements used in hair removal were updated, remodeled and vastly improved during the 11th century in Europe. Perfumes, deodorants, and other hygenic items became very popular, as alongside the popularity of shaving. As with anything in life, the easier and safer a process is made, usually the more popular it can become.

The Catholic Church was the main protagonist in urging people to shave – both men and women. The Church was active in recommending shaving as a means of hygiene during the 10th century AD, giving rise to a nascent industry in the the creation of good razors [steel, metal based], using soaps or creams.

Following the 1054 schism between the Eastern Orthodox church and the Western-Roman Catholic church, western clergymen adjured that shaving was a visual and effective means to distinguish Westerners from Eastern Christians, Jews and Moslems. In 1073, the Pope Gregory VII banned the use of beard and moustaches among the clergy, recommending to the population at large to shave their beards in order to be a good Christian. In 1096 during the preparations for the First Crusade, the Archbishop of Rouen went so far as to outlaw the wearing of beards, with the exception of Crusaders.

By 1100 the general culture of Europe was one of clean or at the very least, 'stubbled' faced men, and women who took pride in removing unwanted hair from their upper lips, brows and legs. A list of shaving-centered products created during this period includes: better razors, the first metal based 'straight razors', unguents and creams, facial oils, new barbering and brushing accessories.